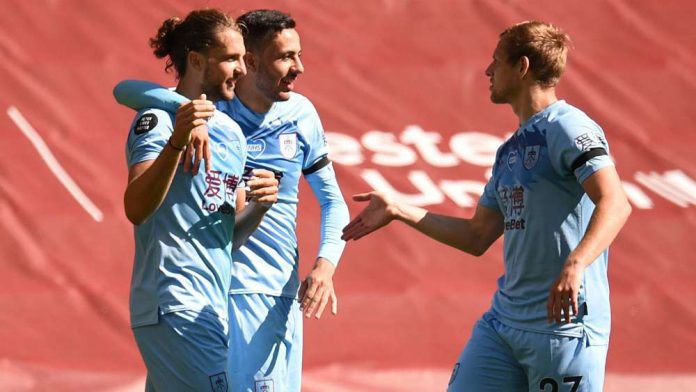 Liverpool FC will not end the season with a 100 per cent home record after they were held by Burnley.

The champions dominated the Clarets for much of the game and Andy Robertson put them in front in a one-sided first half that saw the outstanding Nick Pope make a string of fine saves.

Roberto Firmino hit the post after the break as Liverpool remained on the front foot, but the in-form Clarets started to pose more of a threat and Rodriguez salvaged an unlikely point.

Liverpool need seven points from their last three games to match Manchester City’s record of 100 points in a top-flight season after slipping up at home following 24 successive league wins.

Liverpool played with the swagger of champions from the start and Pope produced a brilliant reflex save to keep out Mohamed Salah’s right-footed volley before the Clarets goalkeeper superbly denied the Egypt forward once again.

The Reds applied relentless pressure and they were rewarded after 34 minutes, Fabinho picking out Robertson with a pinpoint diagonal ball and the left-back ghosted in unmarked from the right to plant a header into the far corner of the net.

Burnley were on the ropes and Pope produced more heroics on the stroke of half-time, somehow palming Sadio Mane’s rasping left-foot drive away for a corner.

Liverpool carried on where they left off after the break, Firmino striking the post with his left foot before Curtis Jones – making his first Premier League start – fired into the Kop.

Salah was denied a penalty when he tangled with James Tarkowski, who was then involved in an equaliser from out of the blue with just over 20 minutes to go.

The centre-back nodded down a free-kick in the Liverpool penalty area and Rodriguez swivelled to drill into the far corner with his right foot and Gudmundsson struck the bar in a dramatic finale.