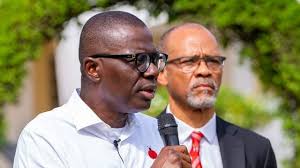 Giving the breakdown of the number, he said those discharged were 13 females and 37 males including 26 foreign nationals.

He said they had reunite with their family members.

Giving further breakdown of the facilities where they were discharged, he said; “Six from Agidingbi, 14 from Eti-Osa (LandMark) 22 from Onikan, one from Vidic and  seven  from LUTH isolation centres were discharged after full recovery and testing negative to COVID19.”

He added that  “It is now a criminal offence in Lagos State to go out without using a facemask.

“Let’s continue to adhere strictly to all public advisories given by the government.”