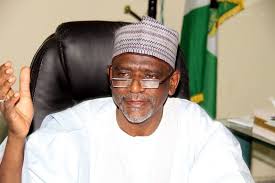 In what appeared to be a reversal of its earlier stand, the Federal Government has put on hold the planned resumption of federal schools.

It has also said no Nigerian schools would participate in the West African Senior School Certificate Examinations earlier scheduled between August 4 and September 5.

Recall that this year’s examination, administered by the West African Examinations Council was postponed indefinitely in April after it was earlier scheduled to commence in May.

It was postponed after schools were shut down across the country in a bid to contain the spread of the COVID-19.

However, Minister of State for Education, Chukwuemeka Nwajiuba, announced at a media briefing on July 6 that the examination would take place between August 4 and September 5.

However, The Minister of Education , Adamu Adamu, told State House Correspondents at the end of a meeting of the Federal Executive Council presided over by the President Muhammadu Buhari on Wednesday, that it would no longer hold.

Adamu said federal schools would remain shut until “it is safe to reopen them.”

He said final year students preparing for the Senior Secondary Certificate Examination would not be allowed to return to school contrary to the earlier announcement.

The Minister equally urged state governments that had announced school resumption plans to rescind such.

Adamu added that the West African Examinations Council could not determine the resumption date of schools for Nigeria.

He said he would prefer that Nigerian students lose an academic year than to expose them to danger.