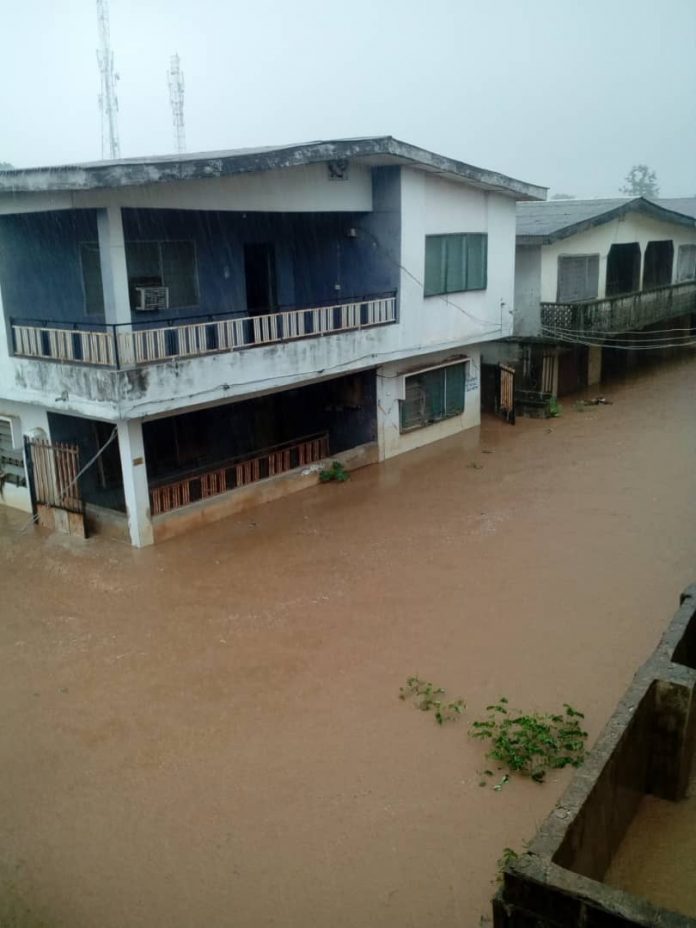 Many parts of Abeokuta, the capital city of Ogun State,were hit by flash flood on Saturday due to downpour which started early in morning.

However, there were no casualties recorded but some fences were said to have been pulled down by the flood.

Here are some pictures: 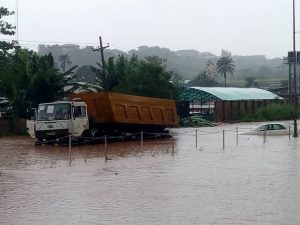